Endeavor selects entrepreneurial leaders building businesses that create large-scale impact (wealth and jobs), with 10x scale ambitions and with companies at an inflection point to scale. Having gone through our rigorous, multi-step selection process – we are excited to welcome Tosin Eniolorunda and Felix Ike, co-founders of TeamApt, to the network. 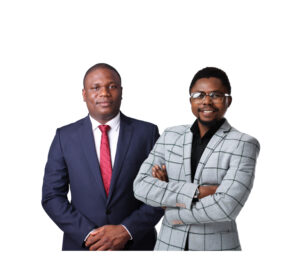 When we first met Tosin in 2019, he was in the process of transitioning the company from its legacy B2B model. At the time, TeamApt built back-end office operations software and white-labelled solutions for 26 financial institutions across the country, serving over 10 million of their customers. True to the company’s mission to create financial happiness for the underserved, Tosin believed that they could deliver more impact by pivoting to a B2C model. He laid out his vision for Moniepoint, and we decided to reconnect after it had gained some traction. 18months later, Moniepoint had launched and scaled to >50K agents and >$1B in transactions processed.

Moniepoint is a mobile app/point-of-sale (POS) solution that enables small, community-based businesses to provide basic financial services such as deposits, withdrawals, transfers, and bill payments to their customers. Built on top of proprietary technology, a switching license, and a super-agent license –  Moniepoint differentiates itself from the competition by offering better pricing and reliability. 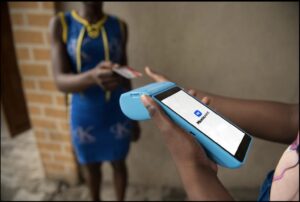 Today, it is one of Nigeria’s largest agent banking providers, with >100,000 agents across 36 states. Moniepoint agents process about 68 million transactions worth over $3.5 billion each month for 14 million customers.

The next phase of growth for TeamApt is ambitious and exciting. After closing a series B financing round (with participation from Endeavor Catalyst) – the company is targeting regional expansion and launching a digital bank to capitalize on Africa’s fast-growing bank market. In 2012, less than 20% of Africa’s adult population had bank accounts – 170 million people. In 2018, that number had risen to 30%, and by 2022, close to half of the adult population on the continent is expected to be banked. Banking sector revenues are also expected to reach $129 billion in 2022 – up from $86 billion in 2017.

Leveraging its 14 million+ customer base, TeamApt can achieve significant success if it can convert a chunk of its offline users online. After primarily operating under the radar, it is now evolving into a more consumer-facing company. Moniepoint will continue to power agent banking but will also become an app through which customers can access digital banking services. As Tosin and Felix continue to scale TeamApt, Endeavor is excited to join them on their mission to provide financial services to the unbanked and underserved consumers across Africa.